Hitech claim F3 podium and points haul at the Hungaroring

Free Practice saw Lawson seal the time sheets in P5, Fewtrell in P15 and P19 for Dennis Hauger. Due to heavy rainfall, the qualifying session was rescheduled to the evening. The trio set the pace at the 4.381km Hungaroring Circuit, determining the starting grid for Saturday’s first race. Red Bull Juniors Hauger qualified in P10 (1:52.471s) and Lawson in P11 (1:52.638s). Renault Sport Academy driver Fewtrell fired in a lap of 1:53.001s, qualifying in P13 on the grid. 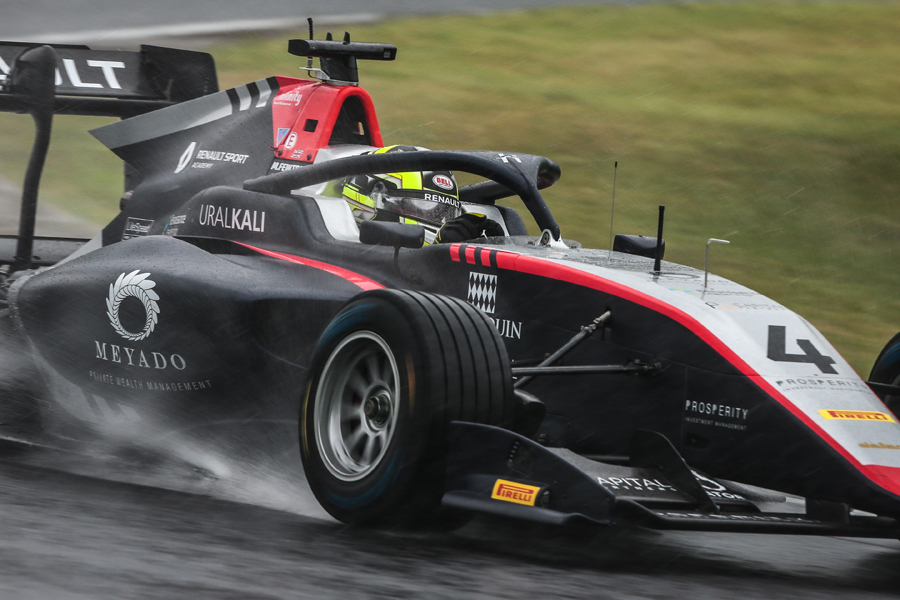 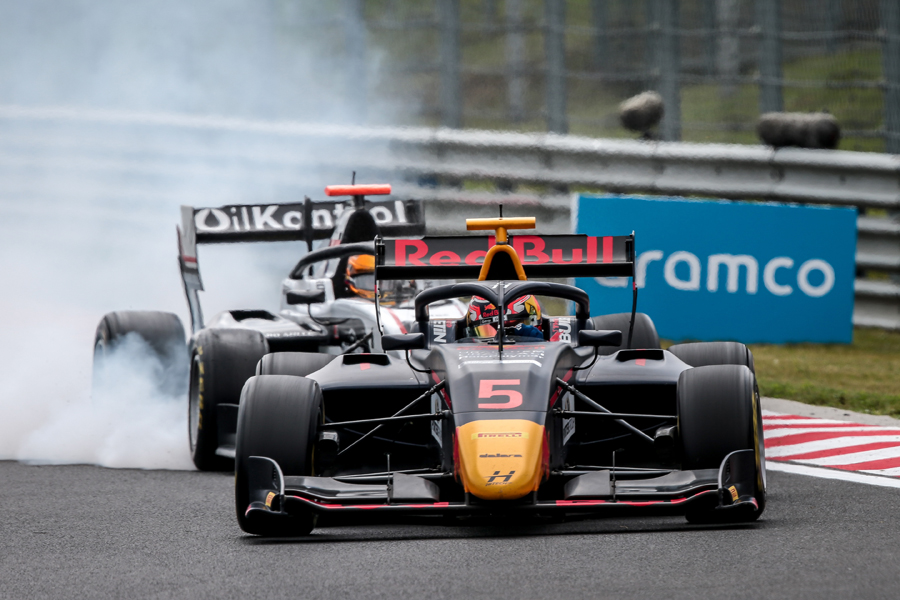 After starting P11 on the grid, Lawson was able to pressure the field, heading up to fourth on the Lap 5 of the race until the rear of his car caught fire, leaving a trail of oil on the track. He managed to get out of the car unscathed, although the race was red flagged to allow the marshals to clear up the spillage. As the race went back to green, Hauger was able to storm up the order, confidently defending the pack behind him and went on to score points in P8. Starting the race in P13, Fewtrell gained several places to cross the line in P11, despite just missing out on points.

Hauger confidently made a clean getaway off the line. Having already leapt to second, Hauger attempted a move on Beckmann at the second corner, but the German went on the defensive and managed to hold him off. Hauger made a second go of it but was unable to pass him. He finished the race in P3, claiming his first ever Formula 3 podium. Fewtrell rose up the order to slide into the top-ten, but ended the race in P11, just missing out on points. Lawson did not have much luck in the second race either. The Kiwi was forced to pull off the track and retire with a mechanical issue, bringing out a safety car. 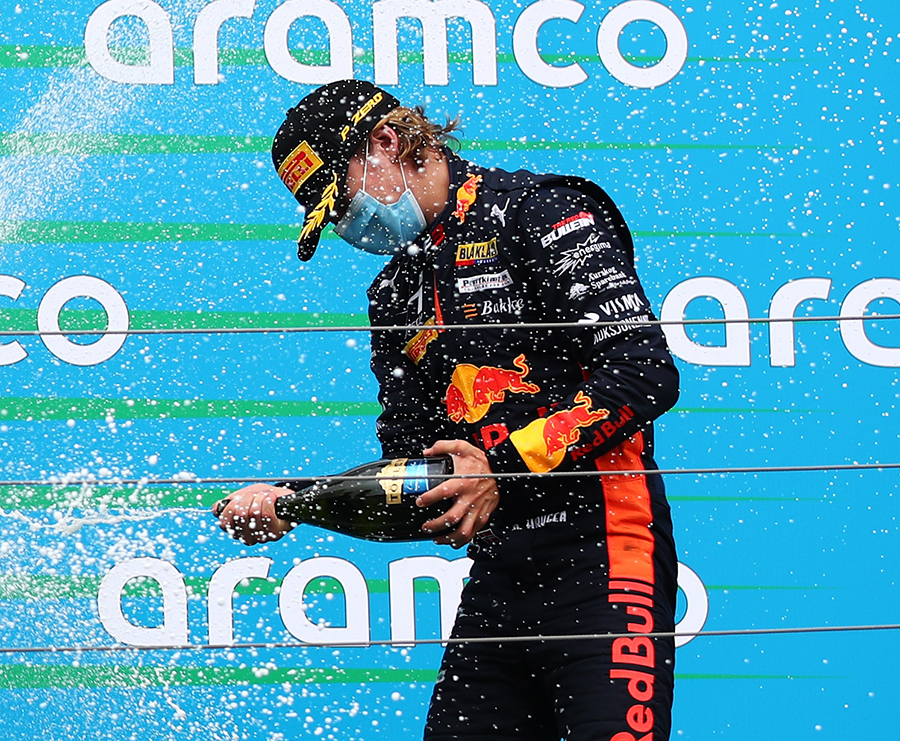 The team will contest their home races when the FIA F3 Championship returns to Silverstone for a double header weekend on 31 July – 2 August.

Hitech claim F3 podium and points haul at the Hungaroring