After a short summer break, Hitech made their return to the track, this time at Belgian’s iconic Circuit de Spa-Francorchamps, which marked Round 6 of FIA F3. The team boosted their position in the championship, which currently sees them sitting firmly in 2nd place with just two rounds left on the 2019 calendar.

Kicking off the weekend, Friday’s practice session saw the Hitech trio post an impressive haul of laps around the 7.004km Circuit de Spa-Francorchamps in preparation for the afternoons qualifying session.

Qualifying soon got underway, determining the starting grid for the first race. Red Bull Junior driver Juri Vips had a best lap of 2:05.625s. The Estonian qualified in 6th, posting 11 laps on the board. Italian ace Pulcini delivered a lap of 2:05.701s, which secured him an 8th place start for Saturdays Race 1. Renault Sport Academy driver Yifei Ye completed the top 15, adding 2:06.274s to the tally. 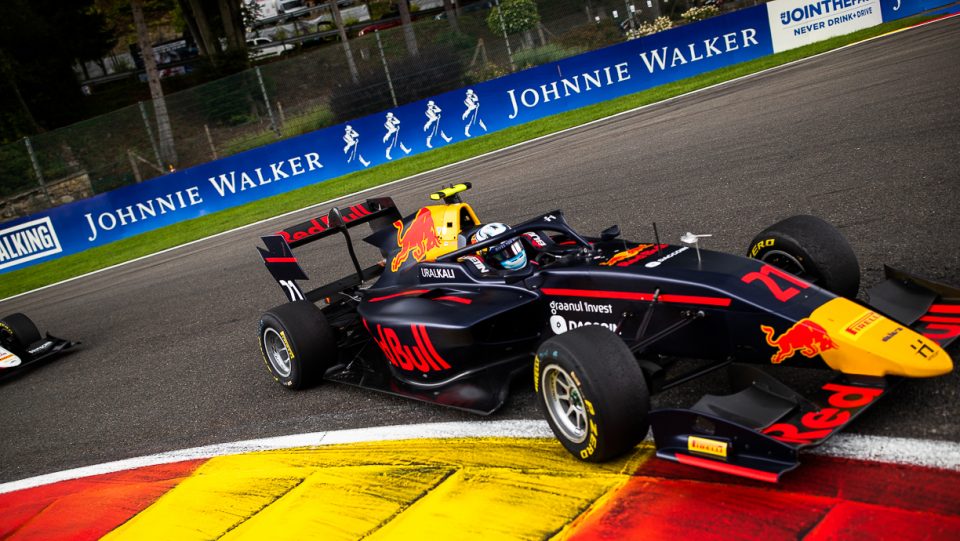 As the lights went out on the first race at Circuit de Spa-Francorchamps, Pulcini made a seamless getaway from the line and was able to climb up and gain six spots on his way to P2. Unfortunately, the Italian was unable to keep up the pace, completing the race in P7. With his sights set on the top step after starting P6, Vips was in strong contention as he tussled with Tsunoda for 5th place. Attacking the field, the Estonian became embroiled in a four-way battle which meant that he had to settle with P5. Yifei completed the race in P15 after expertly defending his position throughout the 40-minute race.

Wrapping up the Weekend

Despite championship contender Vips starting in 4th, he unfortunately lost places in the opening two laps dropping to 10th before squeezing up the order to retain 9th. He ended the race in P21 due to losing his front wing after contact. Rocketing off the line in P2, Pulcini made a clean start although was forced wide at Turn 1. The Italian had to settle for 7th although still bagged the points. Completing the top-ten, Yifei was able to make strong advances throughout the race to secure P10, narrowly missing out on a points-paying position. 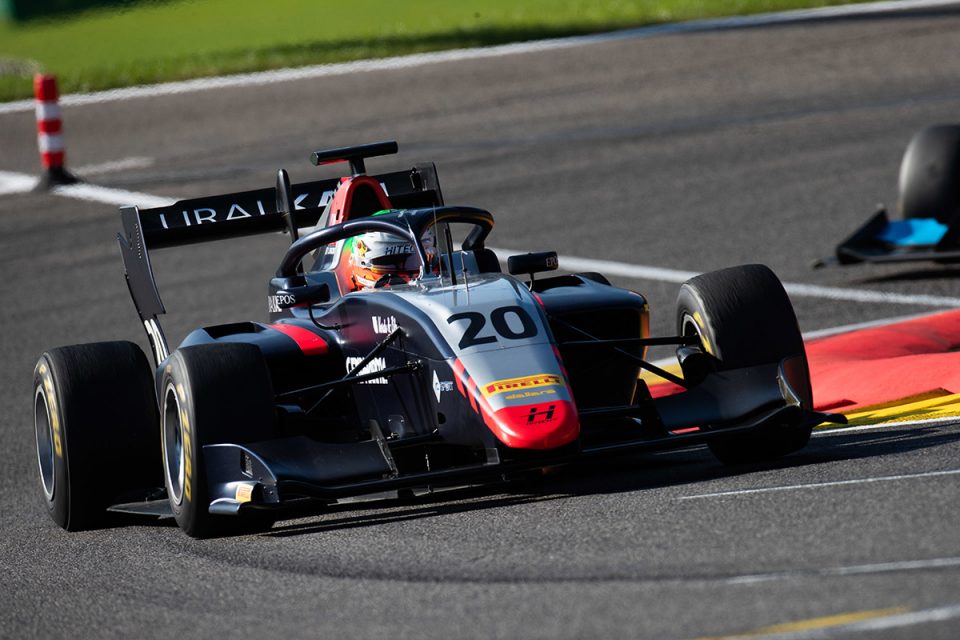 The team will head to Monza in Italy this weekend on the 6th – 8th September, to contest the penultimate round of the 2019 FIA F3 Championship.

*Following the tragic accident in FIA F2’s race on Saturday, Hitech GP send its heartfelt condolences to Anthoine’s family and friends, as well as Arden, Renault and the entire FIA F2 community at this difficult time.