Hitech GP came out on top during the FIA Formula 3 pre-season tests, which saw the team repeatedly top the time sheets at Le Castellet in France, Circuit de Barcelona-Catalunya in Spain and the Hungaroring in Budapest, ahead of the inaugural 2019 FIA F3 season set to get underway on 10-12 May.

Kicking off at Le Castellet

With pre-season testing opening at Circuit Paul Ricard in France, the Hitech squad fired in a total of 322 laps over the first two-day test which took place on 20-21 March. As the sun glistened over the 5.81km circuit, track action got underway with the team and drivers getting another taste of the new FIA F3 car, following the shakedown at Magny-Cours in France at the end of February. Starting the test on a high, Italian driver Leonardo Pulcini set the pace, completing day one in P4 with a best lap time of 1m49.656s, Red Bull Junior driver Juri Vips in P15 with a 1m50.202s and Renault Sport Academy driver Ye Yifei in P25 in a 1m50.927s. Improving their pace the following day, the team continued to grips with the new car with all three drivers finishing in the top-fifteen. Pulcini and Yifei dominated the field in both wet/dry conditions, dipping into the 1m48s range, securing a 1m48.904s and 1m48.997s respectively. The squad topped the time sheets with a double top-ten finish as Pulcini sealed off day two in P3 and Yifei in P5. Vips rounded off the day in P15 overall. 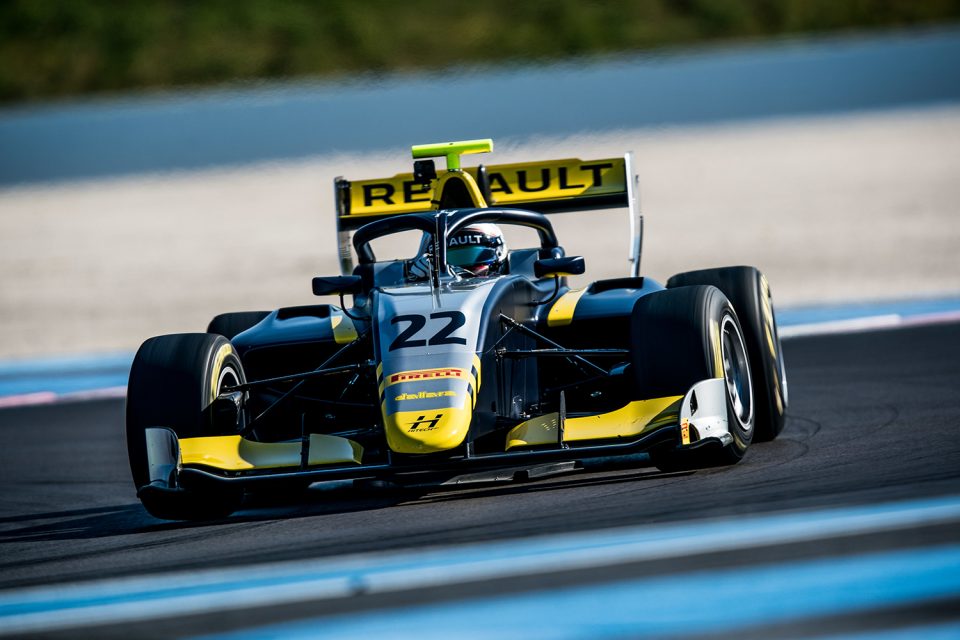 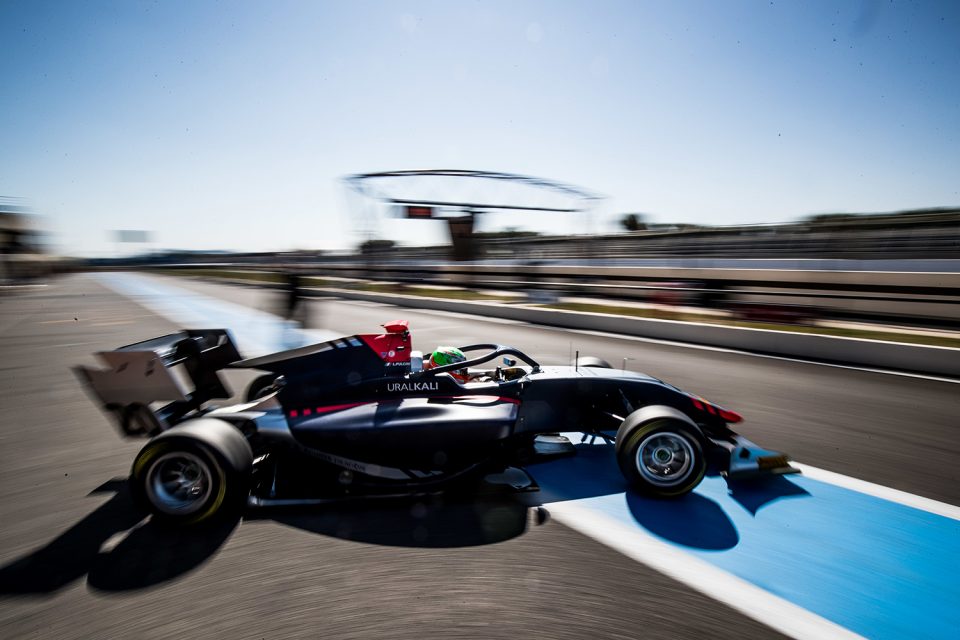 Pulcini completed a clean sweep at the second pre-season test at Circuit de Barcelona-Catalunya in Spain, setting the fastest lap time on both Day 1 and 2. Despite heavy rain mixing up the leader board, the Italian driver was able to clock in a time of 1m33.007s on Day 1 in the morning session. The drivers and teams were able to work with Pirellis hard compound tyre, while wets were made available in anticipation of the rain. As the afternoon session was set to get underway, heavy rain pounded the track but soon passed as the pitlane went green. With several red flags intervening throughout the session, the team made changes from slicks to wet tyres as conditions remained unpredictable. As the track dried out, drivers remained on slicks for the last remaining minutes of the session. Pulcini secured his fastest lap from the morning’s session, with a 1m33.007s. Yifei rounded off the day tenth fastest, setting a 1m33.504s lap, closely followed by Red Bull Junior driver Vips in P11 (1m33.588s).

Repeating his success on day one, Pulcini was once again quickest on the following day of testing at Barcelona. The Italian whizz topped the time sheets with a 1m32.222s in the morning session ahead of the 30-strong field. The unpredictable track conditions during the afternoon session made it all to play for. The challenge that the rain brought forced the cars back to the pits for the team to assess the conditions prompting a switch to wet tyres. With the rain showing no sign of stopping, the chequered flag soon rose as the session came to an end.  Pulcini rounded off day two securing his fastest lap from the morning session, with a 1.32m222s. Vips rounded off the second day of testing in P12 lapping the circuit in 1m32.901s and Yifei in P16 on the leaderboard, with a 1m33.255s lap.

As morning temperatures neared the 13 degrees mark at the Hungaroring on Day 1, the 30-strong field of cars fed onto the track for their customary installation laps. Pulcini instantly set the pace, firing in a 1m32.360s during the first thirty minutes of the session. The Italian driver soon bettered this, finishing the session with a best lap time of 1m31.564s, completing 41 laps of the Hungaroring, ranking second on the time sheets. Pulcini finished second overall on day one at Budapest, with just +0.153s between himself and the front-runner. Vips remained in the top-ten, finishing in P6, whilst Ye just missed the top-ten in P11.
The Hitech squad remained persistent on adding further valuable mileage to the books on the second day of running at Hungaroring, wrapping up pre-season testing overall. The familiar sight of Leonardo Pulcini leading the pack was spotted half an hour into the afternoon session, when the cars dipped under 1m32s. Vips rounded off the second day of testing at Budapest with a P11 result, followed by Pulcini in P12 and Ye in P21. 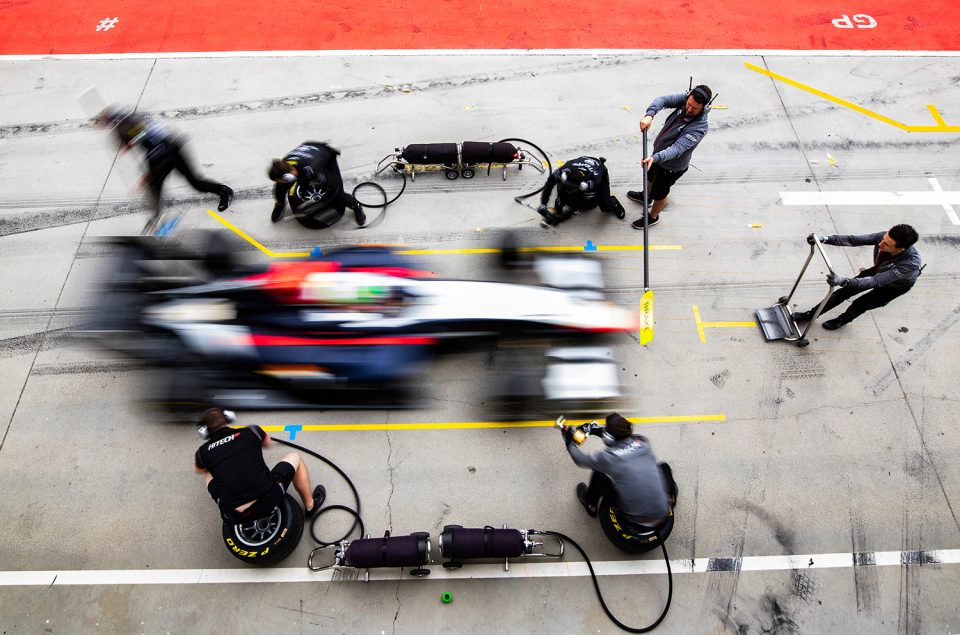 The FIA Formula Three Championship gets underway on the 10-12 May and the Hitech GP squad are set to return to Circuit de Barcelona-Catalunya in three weeks for the season opener.

“I’m very happy with the work I did together with the team at the tests. I think we have a lot of potential – our goal is to win the championship and I believe that is possible. We have a good car and with me it’s a good combination, I really fit to the car. How the team operates is very professional, a lot of the things are new and I’m getting used to it, especially the preparation pre-event. I have a lot of information to take on board, but I am very confident with the team and to start the first race in Barcelona.  I was fastest both days in Barcelona during the pre-season tests, so I am confident for the first round in a few weeks. I have two great team mates, Ye and Juri, who are both very fast in the car, so we will push each other very hard throughout the season. Our goal is to be one of the fastest from the very start. There may be a few places to work hard on, but I believe everything will go our way.”

“I’m very satisfied with the work we did during the tests. We’ve collected a lot of data to go over in the upcoming weeks before the first round and a few things to improve on. The new FIA F3 Championship is a big challenge for me and there has been a lot to learn over the tests but I’m feeling confident going to Barcelona.”

“Over the three tests we tried many things on the car and we’ve collected a lot of useful data. It was great to get along so well with my engineer,  mechanics and all the crew. We were really competitive in some aspects and we still need to improve in some others. But overall I am really happy about the pre-season tests and I am ready to fight for the season opener at Barcelona in three weeks!”

“Hitech is delighted to be part of this new category, the FIA F3 Championship, with such a high level in terms of drivers and teams. These first six days of testing allowed us to discover this new car for the team and start understanding these new Pirelli tyres. A lot of work still needs to be achieved but it was interesting to see our drivers fighting for the top positions in each of these single tests. The whole team is extremely motivated to be part of this new and exciting challenge and we are all looking forward to being in Barcelona within few weeks.”