Hitech GP maintained their position in the team’s championship after battling at the Temple of Speed at Monza, Italy over the weekend. The event marked the penultimate round on the 2019 FIA F3 calendar, with the final round set to take place later in the month at Sochi Autodrom, Russia.

Kicking off the weekend, Friday’s practice session saw the Hitech trio post an impressive haul of laps around the 5.793km Autodromo Nazionale Monza in preparation for the afternoons qualifying session. F3 Qualifying got underway on a wet Friday afternoon at the Italian track, determining the starting grid for the first race. Red Bull Junior driver Juri Vips had a best lap of 1:50.128s. The Estonian qualified in 7th, posting 13 laps on the board. Italian ace Pulcini delivered a lap of 1:50.09s, which secured him a 6th place start for Saturdays Race 1. Renault Sport Academy driver Yifei Ye completed the top 20, adding 1:50.491s to the tally.

In contrast to the wet Qualifying session on Friday, the first race of the weekend got underway in warm Italian sunshine. Adding a spin on events that day, post qualifying penalties were handed to several drivers, including the trio of Pulcini, Vips and Yifei as they were deemed to have been driving unnecessarily slowly. This was in fact a five-place grid drop. Therefore, they were to start in 27th, 17th and 30th respectively.

Pulcini was handed a further three-place grid drop due to an incident between himself and Devlin DeFrancesco at Turn 10, in what was deemed as a lack of situational awareness of cars around him whilst warming his tyres. Starting the race at the back of the grid in 27th, Pulcini catapulted up the order with sheer determination as his eyes were kept firmly on the chequered flag, finishing the race in P10. Luck wasn’t on Vips’ side, however, as he got caught up on the back of Keyvan Andres and was flung off track and into the wall. He attempted to get going again, but the damage to his front right tyre was too great and was forced to retire, just before the safety car was deployed to recover his stricken car. Early in the race, Yifei had contact with another car, damaging the rear right, forcing him to retire from the race. The team’s hopes were not scuppered as they were keen for one last push on Sunday. 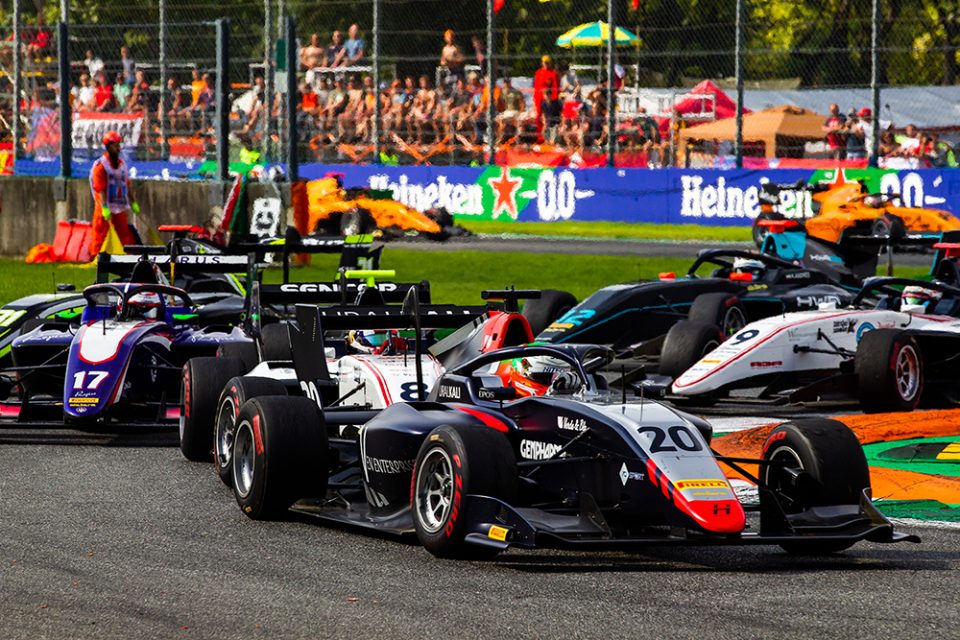 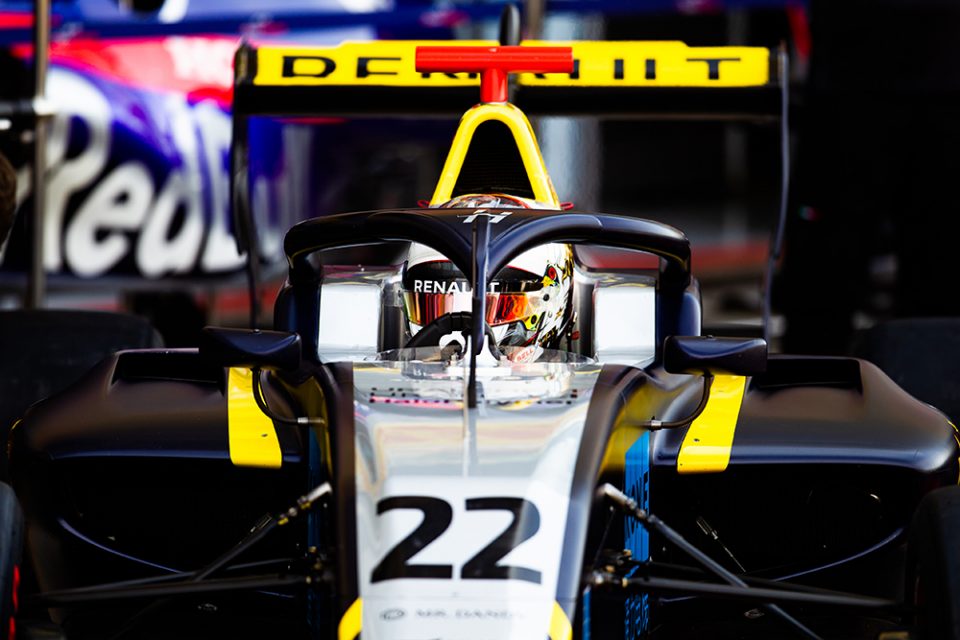 Bolting off the line

On Sunday morning, the drivers took to a damp track as the cars fought off a shower of spray, but this didn’t stop the squad from bolting off the line. Although starting further down the grid in Race 2, the Hitech squad managed to tackle the field ahead of them, gaining an impressive 28 positions between them. Yifei finished in P19 after the 40-minute race, snatching 10 positions. Charging ahead, Pulcini gained four positions from P10, coming away with a P6 finish. Vips bagged himself the fastest lap, with a 1:48.890s, and just narrowly missed out on points in P11.

Despite a challenging weekend at the iconic Italian circuit, the team currently sit in 2nd place in the team’s championship, with 188 points to their name. Hitech GP will head to Sochi in Russia in two weeks to contest the final round on the 2019 F3 calendar.